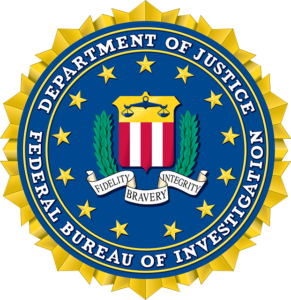 Score one more for the #MeToo movement. Hollywood has already been shaken to its core. And the Time’s Up Legal Defense Fund is taking the fight to the low-wage worker.

The National Women’s Law Center (NWLC) in Washington, D.C., has accepted the administrative challenge of Times Up. It matches applicants with more than 500 attorneys available to take on cases. In 2018, the organization had already received more than 2,700 requests for assistance.

Now 16 current and former female recruits have sued the FBI, alleging sexual harassment and discrimination at the training academy in Quantico, Va. Of the plaintiffs, seven still work for the FBI.

#MeToo Takes Off Around the World

Catharine A. MacKinnon, Elizabeth A. Long Professor of Law at Michigan Law, wrote in The Atlantic, “#MeToo is giving the lie to the totality of male sexual entitlement, and is finally exposing the price of not challenging its power.”

MacKinnon also pointed to similar movements around the world: #NiUnaMenos in Argentina, #BalanceTonPorc in France, #TheFirstTimeIGotHarassed in Egypt, #WithYou in Japan, and #PremeiroAssedio in Brazil among them. She said they “are shifting gender hierarchy’s tectonic plates.”

Meanwhile, the FBI lawsuit has arrived as the agency attempts to recruit more women and minorities. Women comprise only a fifth of the bureau’s 13,500 agents. However, the agency said the number of women applicants rose from 26 percent last year to 36 percent this year. Thirty-two percent of the current training class are women.

The FBI declined to comment on the lawsuit. But it did say, “Diversity is one of our core values, and to effectively accomplish our mission of protecting the American people we need people of different genders, backgrounds, experiences, and perspectives.”

According to the lawsuit, “Female trainees are subjected to a hostile work environment, pervasive sexual harassment and sexual jokes made by numerous members of Training Division instructors, managers and field counselors, including harassment about pregnancy, false allegations of infidelity, use of birth control, physical appearance, manner of dress, parental status, and refusal to train certain skills because of a female trainee’s breast size,” the suit says.

The suit also alleges that the women were penalized for behavior that was excused for their male counterparts. Additionally, male trainees were allowed to retake tactical exams, but women were not.

The women want reinstatement into the academy, a review of the training evaluation process, $300,000 each for emotional stress, and for instructors to undergo sensitivity training.

An Ongoing Problem in Law Enforcement

Harassment in law enforcement is an ongoing battle from women. Here’s a sampling of cases that led to settlements:

• In 2009, fourteen female police officers settled a gender and sexual orientation lawsuit against the City of Hayward, California, for $5 million. The police officers alleged that they faced systematic harassment over a period of over 25 years.
• In 2011 and 2012, the Concord Police Department in California settled five lawsuits for sexual harassment, discrimination or retribution filed over the course of four years.
• In 2018, Colorado Springs settled a lawsuit brought by 12 female officers for $2.5 million. The women claimed that the City’s physical abilities test discriminated against them and was not related to their jobs.
• Earlier this year, a jury awarded $7 million to a former Baldwin Park police chief who claimed she was fired because she is a woman. She sued the city for gender discrimination, harassment and retaliation.

Ladies, we’re taking names and kicking butt – and the world is taking notice.