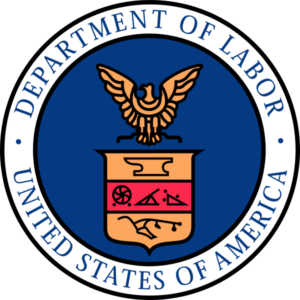 Employers no doubt are keeping a watchful eye on the selection process for Secretary of Labor. After all, the Department of Labor has the power to enforce laws involving employers and unions, and develops binding regulations and directives for a variety of workplace laws.

Andrew Puzder, CEO of CKE Restaurants, withdrew his nomination on Feb. 15. Less than 24 hours later, President Donald Trump nominated Alexander Acosta for the post. If approved by Congress, the Miami native and son of Cuban immigrants would be the first Hispanic in Trump’s cabinet.

Obama added to the burden of employers’ requirements. It remains to be seen what Acosta, a conservative Republican, might do as Secretary of Labor.

What Acosta has going for him is the public service background Puzder lacked. He served on the National Labor Relations Board for eight months from 2002 to 2003. Then President George W. Bush appointed him the first Latino assistant attorney general, in charge of the Justice Department’s Civil Rights Division from 2003 to 2005. He also served as U.S. attorney for the Southern District of Florida. As Trump pointed out in announcing Acosta’s nomination, he has passed Senate scrutiny three times already.

He is therefore poised to hit the ground running, with an understanding of the labor issues the Department of Labor routinely handles.

Presently, Acosta is dean of the law school at Florida International University and chairman of the board of U.S. Century Bank in Doral, Fla.

However, Acosta does not come before the Senate without controversy. In 2004, while heading the Department of Justice’s Civil Rights Division, he filed a brief defending an Ohio law seen as an attempt to disenfranchise African-American and Latino voters. The law allowed individuals at a polling place to challenge a person’s right to vote. Acosta filed the brief even though the Department of Justice was not involved in the case.

In addition, during his tenure as head of the civil rights division of the DOJ, the division was embroiled in a scandal over politicized hiring. A 2008 investigation reported that Bradley Schlozman, who was in charge of hiring, “inappropriately considered political and ideological affiliations in hiring experienced attorneys in the sections he supervised and entry-level attorneys throughout the division for the Attorney General’s Honors Program.” The report concluded that Acosta had ignored warning signs pointing to the problem.

Finally, as the top federal prosecutor in Miami, Acosta was accused of agreeing to a “sweetheart deal” with Jeffrey Epstein, who was accused of engaging in sexual misconduct with underage girls. Epstein pleaded guilty to one count of solicitation of a prostitute and one count of solicitation of a prostitute who is a minor. He served 13 months in the Palm Beach county jail. Acosta said at the time that it was better to have Epstein serve time in jail, register as a sex offender and pay restitution to his victims than risk a trial.

On the plus side, Acosta’s office also prosecuted high-profile cases, including lobbyist Jack Abramoff and would-be New York terrorist Jose Padilla. He also prosecuted UBS for helping clients conceal assets from the IRS. The bank paid more than $750 million in fines for its actions.

Where he differs from Trump is in advocating for Muslim civil rights. He defended an 11-year-old student who sued her Oklahoma school district for requiring her to remove her hijab. He also testified before Congress in 2011, saying that “no community has a monopoly on any particular type of crime.”