Why Did CBS Take 6 Weeks to Oust Moonves? 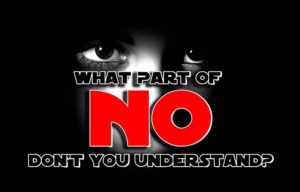 The CBS board of directors finally did the right thing. Whether it was for the right reasons remains unclear.

The board ousted Les Moonves, chairman and CEO of CBS, following allegations of sexual misconduct from six women.

The accusations against Moonves were publicized by Ronan Farrow in The New Yorker on July 27, 2018. In a second article, published only hours before Moonves resigned on Sept. 9, Farrow six more women accused Moonves of sexual harassment.

The Perks of Power

It took six weeks after the initial accusation for the board to act. Why the delay? It took only a day for CBS to fire Charlie Rose after The Washington Post’s article about alleged sexual misconduct. Of course, Rose was a journalist and television host – not the chairman and CEO.

Until the accusations surfaced, Moonves had been prominent in Hollywood’s #MeToo movement. In December, he helped found the Commission on Eliminating Sexual Harassment and Advancing Equality in the Workplace, chaired by Anita Hill.

What should we assume from the long lead time? As Vox’s VanDerWerff wrote, “Removals of powerful men accused of sexual misconduct are taking too long, but they’re happening. That’s a huge change from the past.”

Nevertheless, as Megan Garber reported in The Atlantic, “Moonves’s exit “does not, on its own, address the radiating rot that Farrow has suggested in his reports on CBS: an overall culture of complicity and complacency.”

Farrow suggests much the same in his initial article on the charges: “Thirty current and former employees of CBS told me that such behavior extended from Moonves to important parts of the corporation, including CBS News and ‘60 Minutes.’

“During Moonves’s tenure,” he added, “men at CBS News who were accused of sexual misconduct were promoted, even as the company paid settlements to women with complaints.”

That became abundantly clear as Jeff Fager, executive producer of “60 Minutes,” was let go on the heels of Moonves’ departure. Fager had also been accused of sexual harassment. CBS said he was let go not because of the harassment allegations, but because he warned CBS reporter Jericka Duncan off the story in a text message she shared on CBS Evening News.

“Be careful,” the text said. “There are people who lost their jobs trying to harm me, and if you pass on these damaging claims without your own reporting to back them up, that will become a serious problem.”

It’s hardly to CBS’s credit that Moonves’s departure announcement was wrapped in a settlement agreement with National Amusements, Inc. (NAI) Under the terms of the settlement, the parties agreed to dismiss their pending litigation in Delaware over a proposed merger between Viacom and CSB. “Concurrently with the settlement, Leslie Moonves will depart as chairman, president and chief executive officer effective immediately. Chief Operating Officer Joseph Ianniello will serve as president and acting CEO while the board conducts a search for a permanent successor.”

The statement makes no mention of the allegations against Moonves and thanks him for his “24 years of service.”

CBS also named six new members to its board, and said it will donate $20 million to organizations that support the #MeToo movement and “equality for women in the workplace.” The donation has been deducted from any severance benefits Moonves may receive once the board’s ongoing independent investigation is complete.

The lawsuit between NAI and CBS may be one reason Moonves wasn’t fired immediately. Moonves was central to the lawsuit seeking to dilute the voting power of CBS’s controlling shareholder, Shari Redstone, and block a proposed merger of CBS and Viacom.

The New York Times reported that it was not the allegations of harassment that doomed him. An article by James B. Stewart says that one of Moonves’s accusers was threatening to go public with her claims. In response – without telling the board — Moonves tried to find the woman a job at CBS to gain her continued silence.

Stewart wrote, “When the board learned about this, even Mr. Moonves’s staunchest backers were stunned. Their belief in his credibility was shattered, given his previous denials of anything untoward, these people said.”

Will the Corporate Culture Change?

So is CBS’s decision about Moonves lip service – or will the network truly undergo a change? An investigation of the allegations against Moonves is still under way by two outside law firms. If Moonves is fired for cause, CBS will save his severance pay, which has been reported at $100 million to $120 million – minus the $20 million promised to organizations that promote women’s sexual equality.

However, as Variety senior TV editor Brian Steinberg tweeted: “If Moonves is not terminated for cause, he would provide advisory services to CBS for up to a year. CBS would provide security and office services for two years.”

We’ll be paying close attention to CBS’s corporate culture in the months to follow.