San Francisco last month became the first city in the nation to pass an ordinance requiring employers to supplement the state’s partial payment for employees who take parental leave. 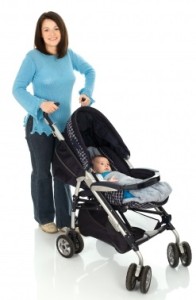 Image courtesy of marin at FreeDigitalPhotos.net

The California Paid Family Leave law currently pays up to 55 percent of an employee’s wages for up to six weeks when he or she takes leave to bond with a new baby, adoptee or foster child. San Francisco’s Paid Parental Leave Ordinance compels employers to pay the remaining 45 percent of the employee’s wages during those six weeks.

According to San Francisco’s Office of Economic Analysis, the requirement could cost local businesses about $32.3 million annually.  The maximum weekly benefit an employer will have to pay is $924. Of course, that doesn’t include the cost of hiring someone to fill in while an employee is on leave.

Employers will get some relief in 2018. At that time, a new bill signed by Gov. Jerry Brown will increase the state’s share of compensation from 55 percent to 70 percent for minimum wage earners and 60 percent for other employees.

What must employers do?

Many will also have to adjust their budgets to foot this new bill.

Provisions in the law prohibit employers from discriminating or retaliating against an employee who takes advantage of parental leave.

What must employees do?

Unlike San Francisco’s small businesses, the area’s big tech companies won’t feel much impact from the law. Many already meet or exceed the city’s requirements.