O’Reilly is Out, But 20th Century Fox has Egg on its Face 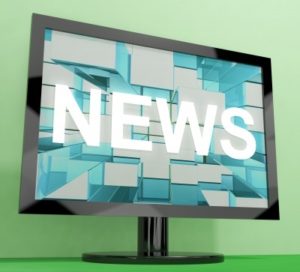 20th Century Fox fired him only after The O’Reilly Factor lost more than 50 advertisers as a result of those allegations and street protesters held demonstrations outside Fox News headquarters calling for O’Reilly’s ouster.

Company owner Rubert Murdoch said O’Reilly was being ousted “after a thorough and careful review of allegations against him.” In fact, a New York Times investigation revealed that the company had paid $13 million to five women who had complained about sexual harassment or other inappropriate behavior by O’Reilly. In return, they agreed not to file lawsuits or speak publicly about their allegations.

Last summer, Fox News fired Chairman Roger Ailes for similar allegations of harassment, and Murdoch had pledged to clean up the network’s culture. That hardly seems the case, considering that two of the five settlements were awarded to women who complained of harassment after Ailes’ ouster.

The point here is that the law has certain requirements when it comes to allegations of harassment. If a company knows harassment is occurring, it must take appropriate steps to remedy the issue – or it can be held liable. An employer is supposed to respond promptly and effectively to complaints of harassment. It must conduct thorough investigations, protect employees from retaliation, and take disciplinary measures to minimize the likelihood of future problems.

The company is also supposed to follow up to ascertain whether the problem been solved and the misconduct stopped. In O’Reilly’s case, clearly, the answer is no. But he leaves the network with a $25 million payout – which represents one year’s worth of his recently renewed contract.

Fox’s reaction to allegations of harassment is not to correct the behavior or ensure that it doesn’t happen again. Instead, the company’s policy seems to be to pay off the accusers and impose a gag order. That way, the problem simply goes away.

That doesn’t bode well for the future. Fox is facing new lawsuits, including one filed by on-air contributor Julie Roginsky. Roginsky alleges she was repeatedly sexually harassed by Ailes in 2015 and then demoted after rebuffing his advances. Lawsuits such as Roginsky’s can point to Fox’s history of settlements and failure to conduct timely investigations of the accusations as indications that, contrary to law, Fox did not take any anti-harassment measures to protect its employees.