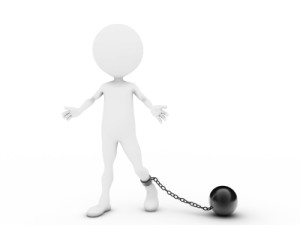 Just as non-compete agreements are illegal in California, it’s equally illegal for employers to enter into non-poaching agreements, in which employers agree not to recruit one another’s employees.

Such agreements are considered a violation of antitrust laws because they impair employees’ ability to find work. In addition, the lack of competition leads to higher prices for consumers even as it keeps employee wages down.

Take, for example, a case that has been under way for years in the Silicon Valley, starting with a Justice Department investigation of such notable companies as Google, Apple, Intel, LucasFilm, Pixar, Intuit and Adobe Systems. The investigation disclosed that between 2005 and 2009, the companies had conspired not to poach each other’s software engineers – and to cap pay packages offered to prospective employees.

On the heels of that investigation, employees filed a class action lawsuit, alleging that the agreements had harmed their earning ability and their pay. U.S. District Court Judge Lucy H. Koh certified 64,000 people as part of that class.

Last May, U.S. District Court approved settlements with LucasFilm, Pixar, and Intuit totaling $20 million. However, a settlement offer of $325 million among Google, Apple, Intel and Adobe Systems was rejected as being too low. In January of this year, the four companies submitted a settlement offer of $425 million, which is still under consideration.

A similar federal antitrust case against eBay and Intuit was settled last May, along with a related case against eBay filed by the California attorney general’s office. Again, the companies were accused of conspiring not to hire one another’s employees. Ebay agreed to pay $3.75 to the state to cover the costs of the case and compensation for affected eBay and Intuit employees.

As an employer, you make an investment in your employees, so of course you don’t want to lose them. But rather than fall afoul of antitrust laws, consider ways to make it attractive for your workers to stay with you.

If you have questions about permissible employee practices, contact Johnson Employment Law for guidance, 949-238-8044.