In what has become a growing trend of legislation designed to close the gender wage gap between men and women, Massachusetts has adopted An Act to Establish Pay Equity. The new law makes it illegal for employers to ask job applicants for their salary history. The law will take effect on July 1, 2018. 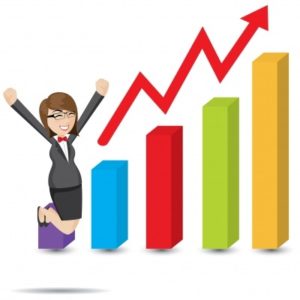 The Massachusetts legislation follows on the heels of California’s Equal Pay Act, adopted in October 2015 and effective as of Jan. 1, 2016. Gov. Jerry Brown has since expanded that legislation by signing Assembly Bill 1676, which prohibits employers from relying exclusively on prior salary to justify pay disparities.

Like California’s law, the Massachusetts bill broadens the definition of what is equal work to work of a “comparable character.”

Hopping on the legislative bandwagon are New York and Maryland, which have both adopted legislation similar to California’s Equal Pay Act.

On the federal level, the Equal Employment Opportunity Commission (EEOC) has finalized a regulation that requires all businesses with 100 or more workers to submit pay data by gender, race and ethnicity.

President Barack Obama has taken several steps to reduce the wage gap during his presidency. Most recently, the White House challenged public sector businesses to take the Equal Pay Pledge. In June, 28 companies – including Amazon, Johnson & Johnson, Staples and the Dow Chemical Co. – pledged to conduct an annual gender pay analysis across all job categories.

Businesses are also becoming more transparent about the results of such audits. PricewaterhouseCoopers published the results of a pay analysis it conducted in Britain in 2014. After uncovering a15.1 percent pay disparity between men and women, the company made a concerted effort to bring more women into senior leadership roles. Salesforce, a cloud software company, reported last year that it spent $3 million to close the gender pay gap.

Closing the wage gap will have positive economic consequences for the country, according to the Institute for Women’s Policy Research. An analysis of federal data conducted by IWPR showed that the poverty rate for working women would be cut in half if they were paid the same as men in comparable jobs.

We applaud Massachusetts’ efforts to close the wage gap. Since women typically earn less than men do, basing their salary on previous pay perpetuates the wage gap.Companies should set the value of a particular job – not base it on what an employee has been earning elsewhere. We hope this law becomes a model for other states.