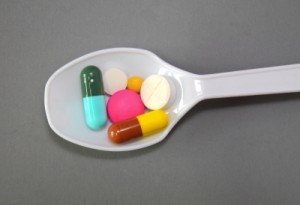 Photo courtesy of nuchylee at FreeDigitalPhotos.net

More and more companies are adopting drug-testing policies. If you’ve done so, or are considering doing so, be sure you adhere to California and federal drug-testing laws and regulations. Such a policy assures that you, as an employer, aim to provide a workplace free from risks and hazards for your employees.

California courts have ruled that employers may require employees to pass a drug test as a condition of employment, as long as the employer tests all applicants and doesn’t single out certain applicants for testing. In other words, if you don’t apply those tests in a fair and consistent manner, you open yourself up to discrimination lawsuits and accusations that you single out certain people based on race, gender, or other protected status, or that you’re violating the Americans with Disabilities Act.

Some of the exceptions aren’t as obvious as you might wish. For example, an employee with a disability may be taking a prescribed medication that would otherwise be illegal. If you refuse to hire the applicant as a result of a positive drug test, your company could be liable.

Timing of the tests is also important. They must be applied after a job offer is tendered but before the employee goes on the payroll. The employer is required to pay for the tests.

With respect to testing individuals who are already employees, you may be on safe legal ground if you suspect that an employee is using drugs – provided that you are basing your suspicion on objective facts. An employer also is more likely to prevail in court if the company has adopted a written policy explaining when drug testing will be required.

Random drug testing is permitted only in certain narrowly defined circumstances, such as after a serious accident or when an employee is in a safety- or security-sensitive position. California courts do not view random drug tests with favor. In 2009, the California Supreme Court failed to overturn appellate court decisions against two employers sued by employees who refused to submit to random drug testing.