What You Should Know About New Federal Overtime Rules

The Department of Labor widely anticipated new federal overtime rules will take effect Dec. 1, 2016. California employers should take the time now to ensure compliance by the end of the year. 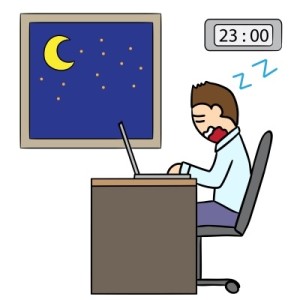 Image courtesy of saphatthachat and FreeDigitalPhotos.net

Under the new rule, the minimum salary to qualify as an exempt employee is $47,476 per year, more than double the current minimum of $23,660 per year. This threshold will increase automatically every three years, beginning Jan. 1, 2020.

California employers should know that some elements of the law don’t apply to them. For example, the federal rule allows employers to use discretionary bonuses and incentive payments (including commissions) to satisfy up to 10 percent of the new salary minimum, but California law does not allow this.

The same holds true for highly compensated workers, whose minimum salary has been raised from $100,000 to $134,004. California doesn’t have such an exemption, so those employees may not be exempt under California law.

California raised its minimum wage to $10 per hour in January of this year, boosting the salary threshold to $41,600 a year – still $6,000 short of the federal level. That means California employers should audit their workforce to determine which employees are affected and whether to raise their salaries or reclassify them as nonexempt. California’s minimum wage will reach the current threshold by Jan. 1, 2019 – although it will be one year later for employers with 25 or fewer employees. The calculations will become more complicated as California’s minimum wage increases each year, and the federal rate increases every three years.

What’s more, employers still have to meet California’s duties test – stricter than the federal law – to classify an employee as exempt. To be classified as exempt, more than 50 percent of an employee’s time must be spent on activities such a:

That means employees who are paid enough to qualify as exempt might not meet the standard to designate them as exempt under California law.

The intent of the new rule is “to ensure that extra work translates to extra pay,” according to Dr. David Weil, administrator of the Wage and Hour Division.

Opponents, such as the National Retail Federation, contend that many businesses will simply reclassify professionals as hourly workers and remove their existing perks, flexibility, and certain benefits. The Department of Labor, predictably, rejects this assertion.

The DOL points out that employers have several options for responding to the rule changes: