Former partner Wendy Moore sued law firm Jones Day this week for gender discrimination. Moore’s lawsuit alleges that she was fired for complaining about the law firm’s gender bias and for criticizing the company’s “black box” compensation system, which prevents anyone from knowing what colleagues are being paid.

Moore filed suit in San Francisco state court under California’s Private Attorneys General Act, which allows employees to recover civil penalties on their behalf and on behalf of other employees for violations of the state’s labor code.

The suit is only the latest in a recent flurry of lawsuits by female lawyers against their employers. David Sanford of Sanford Heisler Sharp, who represents Moore, is also litigating gender bias cases against Morrison & Foerster, Ogletree Deakins and Proskauer. It has settled claims against Chadbourne & Parke (now Norton Rose Fulbright) and Sedgwick.

Time magazine described the situation last November in terms of the scientific theory of critical mass – that is, the amount of material needed to create a nuclear explosion. According to the article by Jay Newton-Small, “If it seems like the structures that enable sexism are exploding, it’s because they are.” He goes on to say, “When women comprise 20 percent to 30 percent of an institution, things begin to change.”

The statistics are revealing. According to a 2017 McKinsey & Company study of women in law firms, women account for 46 percent of attorneys at the associate level. However, women represent only 19 percent of equity partners and 25 percent of executive leadership positions. And according to Law360’s glass ceiling report 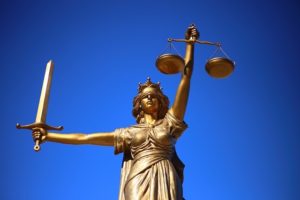 , women have comprised more than 40 percent of law school classes for the past three decades.

Moore’s suit against Jones Day alleges that the firm terminated her after she objected to its discriminatory pay policies. Jones Day not only then withheld previously earned compensation but filed a K-1 with the IRS that would have required her to pay taxes on the compensation she never received.

The complaint alleges that Jones Day employs roughly the same number of female associates as males, but male partners outnumber female partners three to one. It goes on to say, “The firm’s male leaders often make sexual comments and rate the attractiveness of female attorneys, paralegals, staff, and officers of the firm’s clients.”

Different Treatment for Men and Women

The complaint also describes “Women’s Spa Day,” in which “male partners invited their female clients to a spa. During the event, Ms. Moore and other female partners were expected to disrobe in front of the clients and to serve as ‘hostesses.’ ”

With respect to compensation, the complaint alleges that the firm refused to tell Moore what her compensation would be until she accepted its offer of employment. After accepting the offer, she discovered she’d be taking a $100,000 cut in pay compared with the compensation at her previous firm. It took four years before she reached the pay level of her prior employer. Later, she learned that male lateral partners discussed compensation as part of their offer negotiations.

We applaud Moore and other female attorneys who are speaking up and shedding light on the injustices of a profession that is supposed to stand for “ethical behavior” and “equality before the law.”