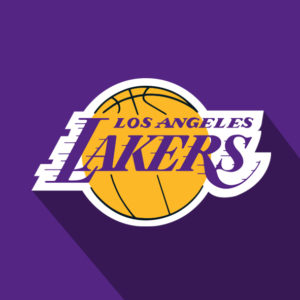 Sometimes in business you have to make the hard decisions.

In turn, brothers Jim and Johnny tried to oust her from her position as head of the company.

Jeanie, always the professional, didn’t flinch. She went to court. And won.

The court ruled that she is controlling director of the Lakers for life.

Johnny remains on the Lakers’ board, but Jeanie’s sister Janie has replaced Jim Buss. Thus, Johnny is likely to be outvoted if he decides to challenge his sister again.

Meanwhile, Jeanie apologized to Laker fans for waiting “too long” to replace her brother as executive vice president. During his reign, the Lakers experienced the two worst seasons in the franchise’s Los Angeles history. To date this season, the Lakers have won 22 games and lost 55.

Jeanie started training for her role at 14

Jeanie, who majored in business at the University of Southern California, was always her dad Jerry’s choice to lead the Lakers franchise after his death in 2013. Tim Harris, formerly of Jerry’s Los Angeles Lazers indoor soccer team, says that Jerry Buss used his roller hockey, team tennis and indoor soccer teams as training arenas for his children.

Jeanie was only 19 when she became general manager of Jerry Buss’ Los Angeles Strings professional tennis team. She had been attending World Team Tennis meetings with Jerry since she was 14.

Jeanie led the Los Angeles Blades professional roller hockey team from 1993 through 1997. She also served as president of the Great Western Forum before becoming vice president of the Lakers. In an effort to keep the arena busy during that time, she found herself promoting everything from gymnastics to indoor soccer and roller hockey.

Today, in addition to running the Lakers organization, Jeanie is also the driving force behind the reboot of WOW – Women of Wrestling. She owns it along with David McLane, who founded WOW in 2000.

Jeanie upstaged her brothers decisively. Now it’s time for her to demonstrate her leadership and rebuild the Lakers back to a championship team.