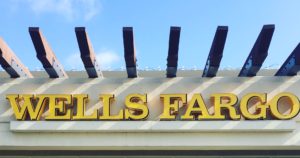 Wells Fargo had an ethics hotline. Some employees reportedly refused to open unauthorized customer accounts and/or called the ethics hotline to report the creation of fake accounts.

A number of employees have told CNN they were either fired or demoted for their refusal to create fake accounts or for calling the hotline to report it. If those allegations are confirmed, Wells Fargo will likely face legal consequences for retaliating against whistleblowers, a violation of federal law.

To date, Wells Fargo has been fined $185 million for reportedly opening more than 1.5 million fake accounts without customers’ knowledge since at least 2011.

The amount is a drop in the bucket for a bank that earns billions in net income each year. Nevertheless, the bank is reeling from the scandal on several fronts. In fact, on Wednesday, CEO John Stumpf resigned, effective immediately. President and Chief Operating Officer Timothy Sloan has been tapped as his replacement. Other repercussions:

Lessons to be learned

So what are the lessons employers should draw from this scandal?

Certainly, you should have a whistleblowing policy – but it has to be more than window dressing. You need an effective, adequate internal reporting mechanism. Ideally, you want to stop the activity before a whistleblower has to go to the government to report a problem or resort to filing a lawsuit.

So how do you create an open and honest organization? You can’t unless those at the top believe in it – and model it. Encourage employees to say something when they see unethical or illegal behavior. Follow up on allegations and take steps to ensure confidentiality and anonymity for those who do speak up, so they will feel safe in doing so. Rigorously enforce your anti-retaliation policy so whistleblowers won’t fear the repercussions of reporting.

Keep in mind that the idea behind cross-selling Wells Fargo products wasn’t necessarily to raise money. The company recorded only about $2.4 million in fees for the bogus accounts and credit cards, a modest amount of earnings (which the bank will reimburse under terms of the settlement).

The goal was to show steady growth to investors and drive up the company’s stock – which is a federal offense. The average Wells Fargo retail customer had six products at the end of 2015. On Wall Street, having multiple customer accounts means that Wells Fargo maintains deep relationships with its customers and will continue to earn revenue from them. And indeed, Wells Fargo stock doubled from 2011 to mid-August 2015, the period described in the fraud complaint.

In the end, Wells Fargo’s intense pressure on employees to open an unrealistic number of customer accounts appears to have backfired. The final chapter remains to be written, but the bank’s future doesn’t look particularly bright at the moment.