What has the ‘Gig Economy’ Wrought? 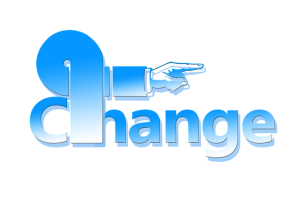 The so-called “gig economy” is changing the employment landscape.

The gig economy is the shift on the part of employers from hiring full-time employees to hiring contractors and self-employed or part-time workers, many of whom work off-site.

For workers, it’s the shift from taking a full-time job with a fixed salary and employment benefits to making a living working as an independent contractor accepting “gigs.”

According to data compiled by Intuit, this “on-demand economy” will reach more than 7.6 million workers by 2020.

Recent lawsuits against Uber and Lyft illustrate the uncertainties surrounding this employment shift. Suits against Uber in California and Massachusetts argued that Uber should classify its drivers as employees instead of independent contractors. A proposed settlement that would pay drivers up to $100 million but continue to classify them as independent contractors is still awaiting judicial approval.

Uber is also facing a nationwide class action suit alleging that it violates the Fair Labor Standards Act by not paying its drivers minimum wage or overtime.

For its part, Lyft has agreed to pay California drivers $27 million to settle a similar lawsuit. That suit has won preliminary approval from the court.

The lawsuits highlight the gray area between employees and independent contractors, and the fact that there’s no ready answer for how they should be treated. Drivers have the ability to choose when to work and whether to work at all, and they can work for multiple intermediaries (driving, say, for Lyft, Uber and Sidecar). On the other hand, companies such as Uber, Lyft, Thumbtack and TaskRabbit retain some control over the workers, by setting fees or fee caps and can “fire” workers by prohibiting them from using the service.

As employers increase their use of contractors to scale back their benefits, the question arises: do we need a social safety net or a benefits policy independent of employers?

Democratic Senator Elizabeth Warren of Massachusetts says we do. She has suggested that health and retirement benefits, and labor laws need an update.

Labor law experts Seth Harris and Alan Krueger have proposed a new category for workers who fall into the “gray” area between employee and independent contractor.

However, they would not qualify for overtime or minimum wage requirements or unemployment insurance. On the other hand, intermediaries could pool independent workers to provide insurance and other benefits at lower cost without categorizing the relationship as employer-employee.

In the Lyft lawsuit, Judge Vince Chnabria observed that “the jury in this case will be handed a square peg and asked to choose between two round holes.”

As Harris and Krueger suggest, it’s time for lawmakers to create a new square hole that offers a fair deal to independent workers.