What Does Fox Settlement Herald for Future?

It remains to be seen what effect Gretchen Carlson’s $20 million settlement in her lawsuit against Roger Ailes, the ousted head of Fox News, will have on the corporate workplace. 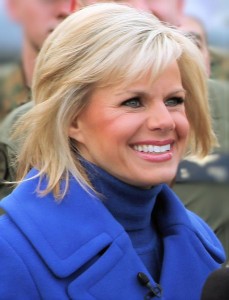 Still others insist that nothing will change. Most women, they say, are still afraid of retaliation, of being labeled a troublemaker – and of losing their jobs altogether.

Even Carlson’s $20 million is just a drop in the bucket, compared with Fox’s revenue of $2.3 billion and Roger Ailes’ $40 million in severance pay. As for consequences – Ailes is not paying any portion of the settlement amount. And unlike Carlson, who’s currently unemployed, he’s already secured another position as an advisor to presidential candidate Donald Trump. Carlson, on the other hand, who filed her lawsuit after Fox failed to renew her contract, is still out of a job.

In the meantime, two Fox coworkers who initially defended Ailes against Carlson’s accusations have recanted. Geraldo Rivera apologized for his skepticism about the lawsuit. “Like victims of sexual assault, those alleging harassment deserve the presumption of credibility,” he said.

And Greta Van Susteran, who initially called Carlson “disgruntled,” expressed her regret for that reaction, and also faulted the corporation for its failure to monitor Ailes. “I regret that Roger Ailes was not supervised by those in a public corporation who had the duty to supervise him,” she wrote.

Other coworkers who attacked Carlson – allegedly at Ailes’ behest – as yet show no signs of recanting.

The reactions from Carlson’s colleagues point up the other barrier to women stepping up to report sexual harassment. Most people who experience harassment fear that no one will believe them if they report it. In fact, a 2003 study found that three-quarters of employees who spoke out about mistreatment faced retaliation. What’s more, in fiscal year 2014, nearly one in three charges filed with the Equal Employment Opportunity Commission (EEOC) involved gender discrimination.

Fox has reportedly settled two other claims of sexual harassment. The swift settlement is viewed as a face-saving move for the network, which wants to sustain its reputation and credibility, and avoid unflattering publicity, especially in the election season.

Fox has done the right things in this case:

We hope this positive outcome will encourage other women who have experienced harassment to come forward with their claims.