How to Assess Credibility in Workplace Investigations 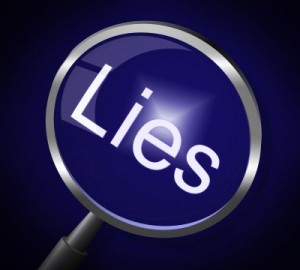 You’ve completed your workplace investigation. Now it’s time to draw your conclusions. How do you decide who is telling the truth, and who is lying?

Assessing credibility is the most difficult task you’ll face in a workplace investigation. But guidelines exist. The Equal Employment Opportunity Commission offers five fundamentals for determining who’s telling the truth:

Of course, there are other factors to consider, as well.

Bias
Is the witness you’re interviewing a friend of the accused or friend of the complainant – or, in contrast, has that individual been in conflict with either of them? Ideally, as an investigator, you want potential witnesses without personal ties to either party, and no vested interest in the outcome.

What about your biases? As an investigator, you have to set your own biases aside. You can’t be influenced by the circumstances surrounding the allegations you’re investigating. For example, statistical evidence shows that police are more likely to stop black motorists for minor traffic offenses because officers assume they are more likely to engage in criminal activity. What preconceptions do you harbor? What biases might you have toward someone accused of a workplace violation?

Establish rapport
Don’t go on the attack from the outset. You will be more effective if the suspect believes you are open-minded. Try to establish rapport, so the witness will relax and trust you. Be aware, too, that some apparently deceptive behaviors could be an innocent person’s response to the stress of being interviewed.

If you do detect a deceptive behavior, try not to let the person know you suspect him of lying. That might make an innocent person defensive and prone to exhibit signs of stress, which could then be interpreted as cues that he is lying. If you suspect a lie, probe deeper, but act interested rather than accusatory.

We’ve all heard that a person with a closed posture, such as crossed arms, is on the defensive. In reality, that person might merely be comfortable in that position, or perhaps he or she is cold. Similarly, we’ve been told that failure to initiate eye contact indicates deceptiveness. That isn’t necessarily the case. There could be more than one reason someone isn’t looking at you, ranging from simple discomfort to lack of self-confidence.

Be cognizant of cultural differences, as well. Some behaviors are universal across culture, ethnicity and nationality, but others have a positive meaning in one culture and a negative meaning in another.

Assessing credibility isn’t easy. But employing the guidelines mentioned above can help you make decisions about credibility with confidence.

For more information on assessing credibility, we recommend the book Spy the Lie by Philip Houston, Michale Floyd and Susan Carnicero.

Next: Reporting factual findings to the employer.

Previous articles in this series:

Workplace Investigations, Part I: The Basics

Yes, You Need a Workplace Investigation

How to Conduct a Neutral Investigation