Equal Pay Takes a Step Back in Trump White House 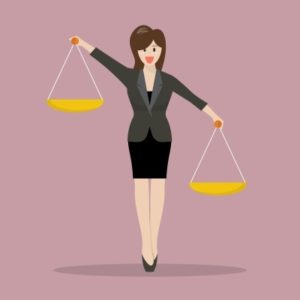 President Donald Trump is not exactly leading the charge for gender equality.

An analysis by American Enterprise Institute’s Mark Perry reveals that the pay gap between male and female staffers in the White House – which had dropped to 11 percent during Obama’s last year in office – has tripled under Trump.

Perry’s analysis reveals that women in the Trump White House make 37 percent less than their male coworkers, based on median salary. That compares to the current national wage gap of 17 percent. Moreover, it’s wider than the national gender pay gap of 36 percent that prevailed in 1980, according to the Pew Research center.

It also puts the median female salary at $72,650, compared to $115,000 for the median male salary. According to Perry, that means the typical female white house staffer makes 63.2 cents for every dollar earned by a typical male staffer.

Not surprising for an administration that, early in its tenure, revoked Obama’s Fair Pay and Safe Workplaces order. That order could have cost companies their government contracts if they have an egregious record of violating wage and safety laws.

Among the 101 highest-paid aides in the White House, almost three-quarters are men. Women, on the other hand, make up 59 percent of the administration’s four lowest salary brackets, which fall between $30,000 and $61,850.

Only 2 women in top jobs

First daughter Ivanka Trump might want to talk to her dad. She famously tweeted support for pay equity on April 4, Equal Pay Day this year: “Women deserve equal pay for equal work. We must work to close the gender pay gap!”