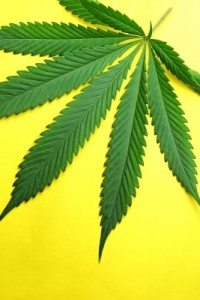 Photo courtesy of Paul at FreeDigitalPhotos.net

Although medical marijuana is legal in California, the law doesn’t protect employees, even if they have a doctor’s prescription for the drug.

Employers have discretion to excuse patients with a valid doctor’s prescription. But they are also within their rights to enforce a drug-free policy in the workplace. In Ross v. RagingWire, the California Supreme Court upheld an employer’s decision to fire an employee who tested positive for marijuana use in a drug test.

The courts maintain that California laws governing medical marijuana — Proposition 215 (1996)  and Senate Bill 420 (2003) – protect patients only against criminal sanctions and do not create any civil remedies or protections.

Marijuana possession and use remains illegal under the federal Controlled Substances Act, so companies with federal contracts or that adhere to federal drug testing regulations will never sanction marijuana use. That also means that the Americans with Disabilities Act does not apply, so marijuana users who are fired cannot claim discrimination under the ADA.

The right of employers to drug test employees is widely codified in statutory and case law, and practiced throughout the United States. So, too, is the right to refuse to hire and/or terminate employees who test positive for illegal drugs.

To date, 21 states have legalized medical marijuana. Only six of those state provide protection to workers. Connecticut, Maine, Rhode Island, Illinois, Arizona and Delaware specifically prohibit employers from discriminating against employees who are medical marijuana patients.
With those exceptions, employers in the 15 states that allow marijuana use can continue to enforce their drug testing and drug-free-workplace policies.

If you have questions or concerns about employer rights, contact Johnson Employment Law for guidance. 949-238-8044.