California employers should be aware of a ruling that California’s 2nd appellate court issued over the summer in Luis Castro-Ramirez v. Dependable Highway Express. The judges ruled that an employer has a duty to make a reasonable accommodation for an applicant or employee associated with a disabled person who requires the employee’s assistance.

Facts of the case 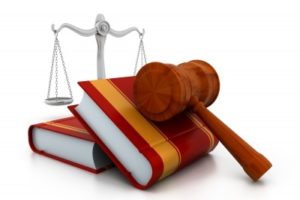 Image courtesy of hywards at FreeDigitalPhotos.net

Luis Castro-Ramirez was a driver for Dependable Highway Express (DHE) from 2009 to 2013. When hired, he explained that he had to be home early enough to administer his son’s dialysis.

The company accommodated his request for three years, until “Junior,” a new supervisor, took over and changed his schedule. Castro-Ramirez continued to request earlier routes that were denied him, even though earlier routes were available. Eventually, the supervisor asked Castro-Ramirez to take a route that would get him home too late to meet his son’s needs. When he refused the route, he was fired – even though the company’s policies allowed a more lenient form of discipline than termination for a one-time refusal to work an assigned shift.

The court concluded, “A jury could reasonably find from the evidence that plaintiff’s association with his disabled son was a substantial motivating factor in Junior’s decision to terminate him, and, furthermore, that Junior’s stated reason for termination was a pretext.” The court went on to say, “One reasonable inference from these facts is that Junior, as the person responsible for scheduling the drivers, wanted to avoid the
inconvenience and distraction plaintiff’s need to care for his disabled son posed to Junior. Thus, Junior engineered a situation in which plaintiff would refuse to work the shift, giving Junior reason to terminate him.”

The court declined to decide the reasonable accommodation issue, which in fact Castro-Ramirez had dropped after a lower court ruled in DHE’s favor. As a result, the case leaves many questions unanswered., In the meantime, however, the decision is binding law in the 2nd Appellate District (Orange County is in the 4th Appellate District), and other appellate courts could decide to follow the court’s reasoning in similar cases.

What employers should do

With the recent appellate ruling in mind, employers should: