Employee complaints against Uber lost ground on Wednesday when a lawsuit challenging Uber’s background checks was sent to arbitration. That ruling is likely to have serious repercussions on another lawsuit over whether Uber drivers are employees or independent contractors.

The U.S. 9th Circuit Court of Appeals in San Francisco ruled Wednesday that drivers who filed a proposed class action lawsuit in 2013 and 2014 must seek arbitration rather than a trial to resolve disputes with the company.

That’s potentially bad news for drivers in a separate suit who accuse the ride-hailing service of exploiting them by treating them as independent contractors instead of employees. 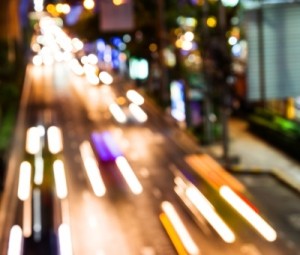 Image courtesy of Feelart at FreeDigitalPhotos.net

That settlement was rejected last month by a federal judge in San Francisco, who said the $100 million settlement “was not fair, adequate or reasonable.” He based that ruling on evidence that going to trial could lead to a $1 billion payout.

The class-action suits in California and Massachusetts involve 385,000 drivers. But the appeals court decision to uphold the company’s arbitration agreements in the background check case changes that equation. The ruling likely means that only drivers who opted out of the arbitration agreement – about 8,000 – would be able to pursue the lawsuit in court. The vast majority of drivers would be forced into individual arbitration, which typically leads to smaller settlements for complainants.

Lawsuits against Uber are only the tip of the iceberg when it comes to the so-called “gig economy,” which calls on workers to operate like mini-businesses.

Sisters Vilma and Greta Zenelaj have filed a lawsuit against Handy, a cleaning service that takes a percentage from local contractors who do the work. The sisters allege that the company misclassified them as independent contractors.

And there are plenty of anecdotes about poor working conditions at companies such as Homejoy, a cleaning service similar to Handy, and Amazon’s Mechanical Turk. A case against an online work platform called Crowdflower is in the process of being settled.

Some companies, wary of paying for lawsuits and back taxes, have chosen to make their workers employees. Such companies include:

It’s clear that reform is needed in employment law. What form that will take remains to be seen.

Uncertain whether your workers are contractors or employees? Contact Johnson Employment Law for guidance, 949-238-8044.