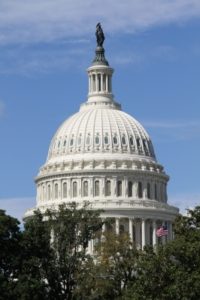 Image courtesy of suraches at FreeDigitalPhotos.net

The legislation comes in the wake of the #MeToo movement, which led to multiple sexual harassment accusations against – and resignations by — congressmen.

The bill, known as the Congressional Accountability Act of 1995 Reform Act, would simplify what has until now been a convoluted, laborious and expensive settlement process for anyone who accuses a lawmaker or staff member of harassment. What’s more, taxpayers having been footing the bill for the settlements.

What the legislation would do

The new bill would eliminate:

The bill would provide:

Rep. Jackie Speier kicked off the Congressional effort in October when she shared her own #MeToo story, dating back to her days as a staffer on Capitol Hill. Following that revelation, more than 1,500 current and former Hill staffers signed a letter calling on Congress to change the process.

Records reveal that more than $17 million in public funds have been used since 1997 to settle workplace disputes on Capitol Hill, although it is not clear how much of that was for cases of sexual harassment.

Allegations over the past several months have forced a series of congressmen to resign or retire.

Four congressmen have decided not to seek re-election when their terms are up in the wake of sexual allegations or revelations.