How to Conduct a Neutral Investigation

This is the third in a series on workplace investigations, an effective tool to uncover – and deal with – problems that threaten to undermine your business. 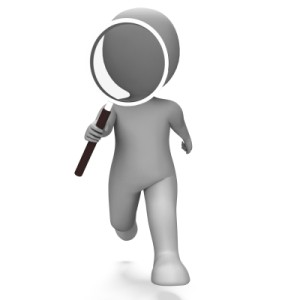 This week we’ll explore the ins and outs of conducting a neutral investigation.

You’ll want assurance that the investigation proceeded properly and without bias if the case goes to court. The California Supreme Court has ruled that a jury’s job is not to determine whether an employee’s alleged misconduct occurred, but whether the employer conducted the investigation appropriately and reached reasonable conclusions based on that investigation. So how you conduct your investigation can be the difference between a judgment in your favor, or a huge damage award to an employee.

The first thing an employer needs to do is choose an unbiased investigator.

Using an attorney might allow communications between management and the investigator to be covered by attorney-client privilege. If the case goes to court, however, you will likely have to take another look at whether you want to maintain that privilege.

As an employer, take care not to promise confidentiality you can’t deliver. Confidentiality has to be balanced against the need for a thorough investigation. Witnesses need a certain amount of information, as does the accused employee, in order to effectively respond to the allegations against him or her. However, information should be shared only with those who need to know. Witnesses should also be advised – preferably in writing – not to talk about the investigation or try to influence potential witnesses.

An experienced investigator interviews – and re-interviews – all appropriate witnesses – and knows when he or she has enough information to stop interviewing and proceed to the next step.

The experienced investigator also knows whom to interview first – usually it’s not the accused – and how to ask open-ended, non-leading questions. The complainant shouldn’t be invited simply to tell his or her story. The investigator, with knowledge of relevant law behind him or her, will have to do some probing. And, while the investigator might want to start off in a non-confrontational manner with the accused, at some point, he or she will have to press that person on specifics about each accusation.

Credibility is another important factor. In cases with conflicting versions of events, the investigator has to weigh each party’s credibility and make a determination. Occasionally an investigator may decide that no determination is possible, but that’s the exception, not the rule.

Next: How an investigator properly evaluates credibility.