Supporting women entrepreneurs simply makes good business sense. According to the World Economic Forum Gender Gap report, the U.S. economy has grown 11 percent — $3.5 trillion — over the past 40 years as a direct result of women’s increased participation in the workforce.

That’s why we’re taking time in March — Women’s History Month — to give a pat on the back to the growing cadre of women around the world who are successfully running their own businesses. 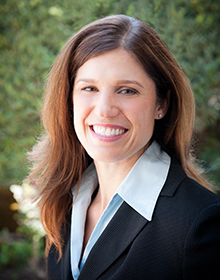 I’m a case in point. For me, firm life simply wasn’t sustainable over the long term and didn’t allow me the flexibility I wanted as a mom. I always say that I didn’t fit into my former firm’s business plan anymore, but that didn’t mean I couldn’t have a business plan. My plan became Johnson Employment Law.

So, although this is a departure from our usual blog topics, it’s near and dear to my heart as a female entrepreneur.  Sometimes, when it comes to employment opportunities, we have to decide what is a good match for us and what is not. As women, we can think outside of the box to create a business for ourselves and our families.

A growing number of companies get it. Here are just a few examples:

Goldman Sachs was an early adopter, creating the 10,000 Women program in 2008 to provide women entrepreneurs around the world with business management education, mentoring and networking – and access to capital.

In 2014, Goldman Sachs and the World Bank Group’s International Finance Corporation (IFC) took it a step further. They created the first financing facility for women entrepreneurs around the world. In the two years since it began, this public-private partnership has helped more than 25,000 women in 14 countries.

In 2010, Dermalogica and the nonprofit Kiva launched the Financial Independence Through Entrepreneurship (FITE) program to help women entrepreneurs start or grow their own businesses. Since then, it has provided microfinance loans to 30,000 women in 68 countries.

Likewise, Coca-Cola has developed its 5by20TM initiative. The goal: to empower 5 million women entrepreneurs in more than 200 countries around the world by 2020. Participants are the small businesses that Coca-Cola and its bottling partners work with, from fruit farmers to recylers, retailers and artisans. The initiative offers women access to business skills training courses, financial services and connections with peers or mentors — and the confidence that goes along with building a successful business.

In 2013, Dell launched the Pay it Forward initiative to use the power of women’s networks to expand opportunities for women entrepreneurs. The initiative calls for women in the Dell Women’s Entrepreneurs Network to help other female entrepreneurs with mentoring, investments or other gestures of support.

It isn’t just companies that are creating opportunities. Terry Neese founded the nonprofit Institute of Economic Empowerment for Women to educate and empower businesswomen worldwide. Five hundred women in Rwanda and Afghanistan have graduated from IEEW’s Peace Through Business Program over the past nine years — 80 percent of those women have beaten the odds and are still in business.

So take a moment to celebrate women’s growing power and influence, and applaud all the women who are creating jobs and boosting the worldwide economy through entrepreneurship.