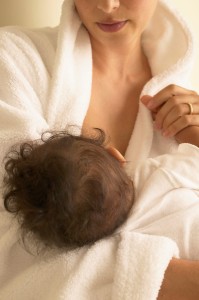 What if you have an employee who is breastfeeding an infant?

Under California Assembly Bill 1025, effective since 2002, employers have to provide “a reasonable amount of break time” for breastfeeding employee to express breast milk for up to one year after the child’s birth.

The advantages to you as an employer are lower medical costs for the employee and her infant, less absenteeism, and decreased turnover.

A woman who is lactating typically has to express breast milk every two to three hours, and each pump session lasts from 20 to 40 minutes. That includes setting up and cleaning pumping equipment as well as collecting, labeling and storing the milk. The employee can use paid break times or take additional unpaid breaks.

The penalty is $100 per violation. However, there is a loophole. Employers are not required to provide break time if doing so “would seriously disrupt the operations of the employer.” Employers should be careful about claiming that exception, however, as it would require thorough documentation and substantiation.

Employers who do not accommodate a nursing employee can be accused of sex discrimination under California Assembly Bill 2386, which took effect Jan. 1, 2013. You should update your postings and handbook policies to reflect the change. California has already set precedent in a case brought by the California Department of Fair Employment and Housing in 2009. Jesus Acosta, owner of Acosta Tacos, was ordered to pay more than $46,000 in damages to Marina Chavez, who was fired after she nursed her baby in her car during her break. The Fair Employment and Housing Commission found Acosta liable for sex discrimination, retaliation, and failure to prevent discrimination

Federal law has followed on the heels of California legislation by way of the Patient Protection and Affordable Care Act, which also requires employers to provide time and accommodations for employees to express breast milk. However, the federal law does not provide recourse for women who have encountered discrimination over breastfeeding.

So what should you, as an employer, do?