As of July 1, California government agencies cannot ask job applicants on their initial application whether they have been convicted of a felony. Agencies can still ask the question – but they have to wait until an applicant has met “minimum employment qualifications.” 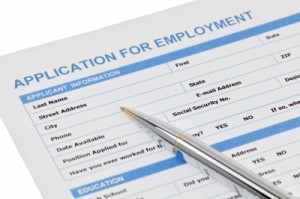 Image courtesy of phasinphoto at FreeDigitalPhotos.net

The law, Assembly Bill 218, does not affect private companies. It also exempts public employers – such as law enforcement and school districts – which by law are required to do background checks.

AB 218 and similar laws are part of a growing movement nationwide called “Ban the Box” because many job applications include a box to check if you have a criminal record. The legislation has the potential to affect an estimated 7 million Californians – or one in four state residents – with criminal backgrounds.

Ban the Box is now law in more than 60 cities and 12 states, with several more jurisdictions considering proposals of their own. In California, San Francisco, Compton and Richmond have extended the policy to private-sector employers. Los Angeles is considering doing the same. Target and Walmart have voluntarily eliminated the query from their job applications.

The National Federation of Independent Business (NFIB) has gone on record opposing the bill, which it says will add time and expense to the hiring process, and open the door to lawsuits for negligent hiring decisions.

The rationale behind the law is fairness. Advocates say that qualified job applicants are being rejected out of hand even if charges were dropped, their infraction occurred years ago or it has no relevance to the position they are seeking today. Postponing the question is intended to give applicants an opportunity to explain themselves and show evidence that they are now law-abiding citizens.

There are also potential societal benefits: A study in Illinois by the Safer Foundation shows that the recidivism rate for ex-felons who held a job for a year was 18 percent, compared with 52.3 percent for all ex-felons released from the Illinois Department of Corrections.

Now that AB 218 has taken effect in California, state and local agencies are advised to revise hard copy and online application forms that include questions about criminal convictions.  These public agencies are paving the way – but the groundswell around the nation suggests that private employers will be facing the same restrictions in the not-too-distant future.

If you have questions or concerns about what you can ask prospective employees, contact Johnson Employment Law for guidance. 949-238-8044