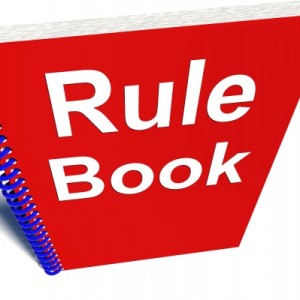 As an employer, you can implement an alternative workweek schedule – defined by California law as “any regularly scheduled workweek requiring an employee to work more than eight hours in a 24-hour period” – as long as you comply with strict procedural requirements under California Labor Code section 511.

Failure to follow the rules could expose you to a class-action lawsuit.

1.    Present a written proposal to employees in the affected work unit, including written disclosure of the effects the proposed schedule would have on employees’ wages, hours and benefits.
2.    Hold a meeting at least 14 days before the vote to discuss the proposal, and provide advance notice of the meeting date and time.
3.    Take a vote by secret ballot. Two-thirds of employees must vote in favor for the schedule to take effect.
4.    File election results with the Division of Labor Standards Enforcement within 30 days.

Employees receive time and a half for any work performed beyond the 10-hour day, up to 12 hours per day or above 40 hours per week. Those who work in excess of 12 hours per day – or eight hours on an unscheduled work day – must receive double-time pay. Other alternative work schedules could include four nine-hour days plus a four-hour day – or a variation called 9/80, which allows employees to work 80 hours for nine days in a two-week period. Employees must also have at least two consecutive days off during the week.

The workweek can apply to any of a company’s “work units,” which might be a division, a department, a job classification, a shift, a separate physical location, or a recognized subdivision of any such work unit. In some cases, one employee can constitute a work unit.

Employers must make a reasonable effort to accommodate employees who can’t work more than an eight-hour shift.

Employers can rescind the alternative workweek as long as they provide advance notice to employees. Employees can vote to repeal the alternative work week after it has been in place for one year. It takes one-third of affected employees to request an election to eliminate the already approved schedule. Once again, the ballot must be secret, and two-thirds of employees must vote to end the schedule.