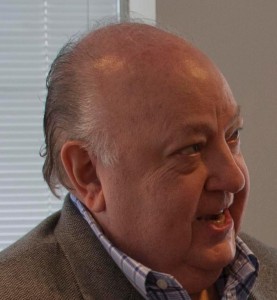 The internal review that ended with Roger Ailes’ ouster as chairman and CEO of Fox News underscores the importance of a properly executed workplace investigation.

As this investigation shows, a thorough review avoids the problems inherent in a “he said, she said” standoff. Ailes’ denials notwithstanding, accusations of sexual harassment – bolstered by statements from multiple women – resulted in his exit from a 20-year tenure as head of the cable news channel.

As required by law, 21st Century Fox hired outside attorneys Paul, Weiss, Rifkind, Wharton & Garrison to investigate Gretchen Carlson’s allegations that Ailes sabotaged her career and failed to renew her contract because she refused his sexual advances.

Significantly, however, Rupert Murdoch failed to mention the harassment allegations in a statement announcing the resignation.

During their investigation, the law firm took statements from at least six women who described inappropriate behavior on Ailes’ part. The women spoke on condition of anonymity, worried that speaking out could prompt retribution and damage their careers.

Meanwhile, less than two weeks after Carlson’s lawsuit was filed, her lawyers said that 20 women contacted them with similar accounts of harassment, among them anchor Megyn Kelly, who alleged that Ailes harassed her a decade ago.

Although the investigation focused on Ailes, the resulting media firestorm uncovered reports that the harassment and intimidation reflected a much broader problem at Fox News. Only two of a dozen women interviewed by The New York Times said that Ailes had harassed or intimidated them. The rest cited other supervisors. Several reported that inappropriate comments about a woman’s appearance and sex life were a frequent fact of life at Fox.

Sexual harassment is by no means uncommon in the workplace.

Companies are required to have harassment policies, but experts say their emphasis typically is on avoiding lawsuits more than preventing instances of harassment. We encourage companies to take concrete steps to prevent harassment before it happens. Failing that, they should follow 21st Century Fox’s lead in responding to allegations quickly and resolutely, and punishing the perpetrators.